Torres Del Paine… Is It The Best National Park in the World?

What makes Torres del Paine the most beautiful place in the world? 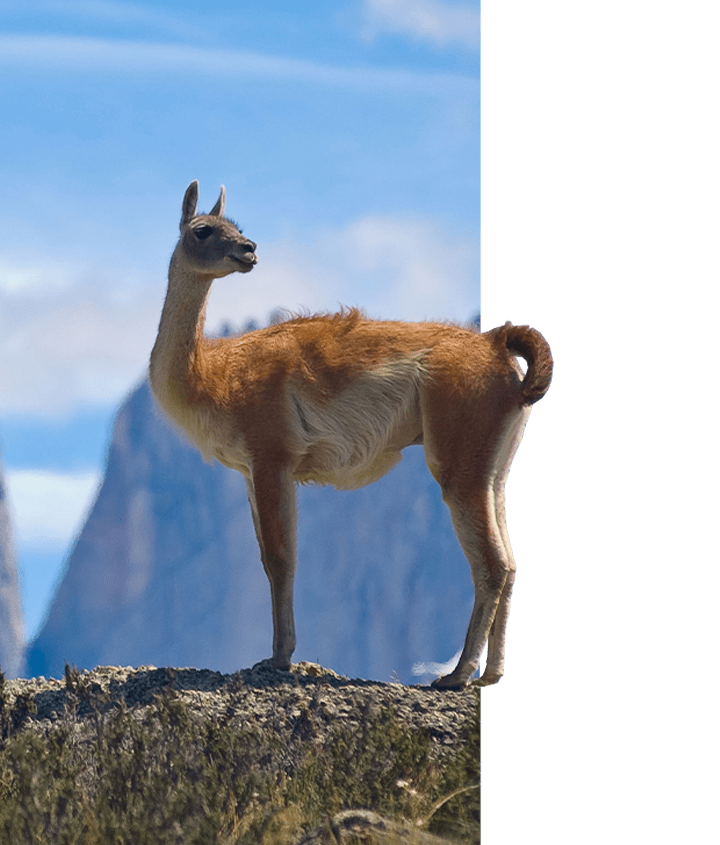 According to special edition of National Geographic Magazine, TORRES DEL PAINE National Park was chosen as the 5th most beautiful place in the world.

For many, Torres del Paine is probably the world's most spectacular national park. Its unrivaled landscapes of crazy jagged peaks, remarkable blue lakes, deserted pampas and iceberg-loaded lakes and rivers truly makes it a luxury place to visit.

Another of the wonders found in Patagonia is the Southern Patagonian Ice Field, a sea of ice the size of Hawaii, and the third largest source of fresh water in the world (after Antarctica and Greenland). This is one of the largest sources of temperate-zone glaciers in the world.


The dramatic peaks that are part of the Cordillera del Paine, also contribute to make Torres del Paine National Park one of the most beautiful places in the world. With a maximum elevation of 3,050 meters at the summit of Paine Grande, the massif has several peculiar looking formations like the Horns, which range in altitude from 2,200 to 2,600 meters, and make the massif an extremely visually appealing sight. These marvels attract more than 80,000 tourists every year, who come here to get a taste of the dazzlingly beautiful trails around lakes of amazing colors and hikes out to enormous glaciers and iceberg-filled lakes.

For adventurous travelers there are many activities to enjoy in this majestic region. Hiking and trekking are the most popular way to get around the Park and to appreciate all the different views. Horseback riding is also possible at several trails for those who prefer that activity over setting out by foot. At Glacier Grey, one can even go kayaking or ice-trekking.

Another fun activity at the Park is fly–fishing in the Serrano river. You can start your day at the Park by fishing in the the creeks of the river that are home to some spectacular salmon and trout. While you enjoy this activity you can count on a unique surrounding landscape and amazing panoramic views of the Paine mountain range with all its flora and fauna.

Torres del Paine National Park contains a wide range of flora and fauna, some found nowhere else on earth. Patagonia has over 40 species of mammals and 100 species of birds, including the mighty Andean Condor. Among these, are the protected guanaco, Patagonia's largest land mammal. 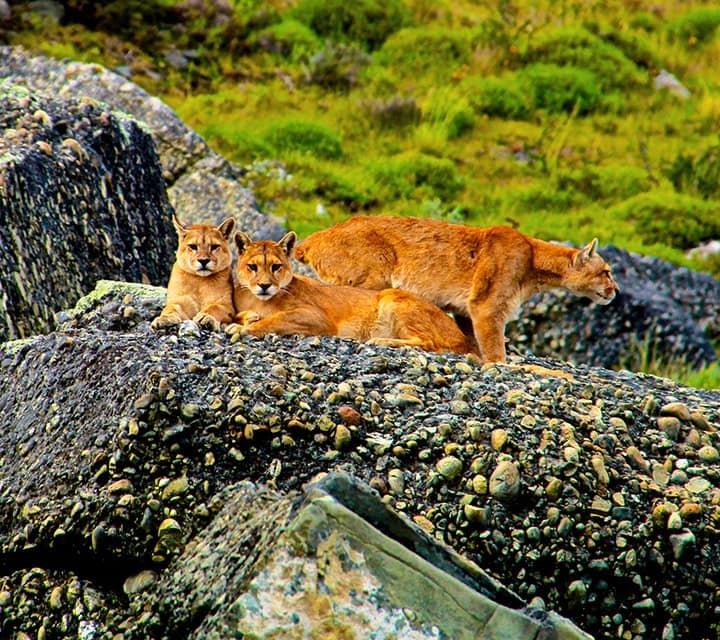 The Puma, sometimes called the panther, cougar or mountain lion, also inhabits Torres del Paine in fair numbers. This is the southern-most inhabitant of the 27 recognized puma subspecies and also one of the largest. It inhabits huge territories encompassing up to 40 square miles of rocky slopes, forests and open plains. It is a solitary, nocturnal hunter, feeding on small mammals, guanacos and sometimes, sheep owned by local ranchers. It has also been known to attack young or injured horses.

Other Patagonia wildlife & mammals include the Patagonian Grey Fox, which feeds on hares, rodents and occasionally the leftovers of puma kills and can also be seen wandering the campsites in the park looking for scraps and unattended trash bags.

Some of the world's rarest bird species - the crested cara cara, and black vulture among them - are found in Torres del Paine National Park. Other bird species include black-necked swans, flamingos, ibis, pygmy owls, austral parakeets and southern lapwings.

The largest bird in South America, the ostrich-like flightless Rhea (locally known as ñandu) is also frequently seen roaming the grasslands. Grey-brown and white in colour and fast runners, they are sometimes called South American Ostriches.