The reptiles evaded detection as a distinct species for over a hundred years. 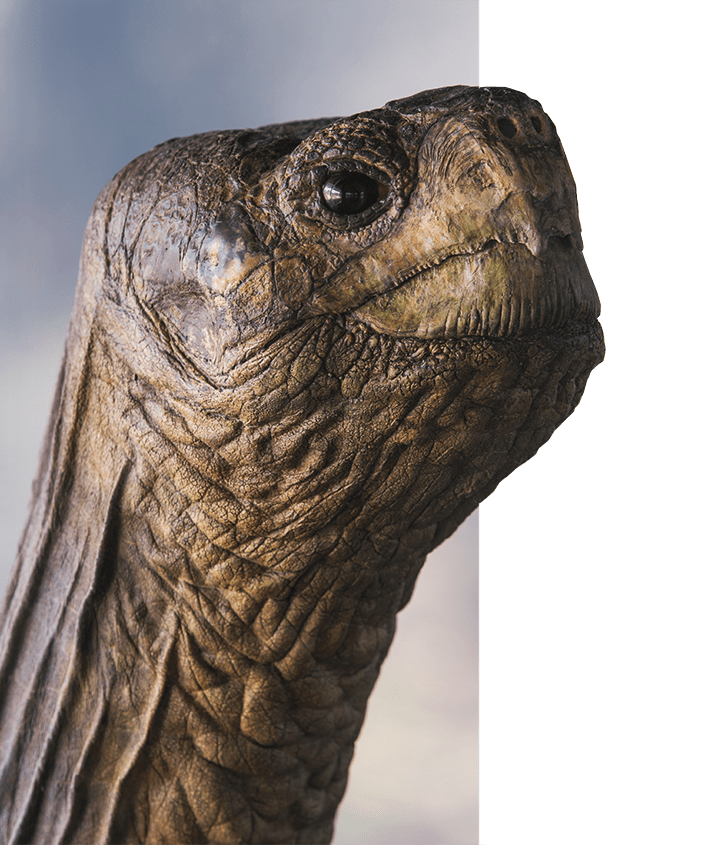 The island of Santa Cruz within the Galápagos Islands has not one but two distinct species of giant tortoise, a new genetic study finds. This is the new Galapagos Giant Tortoise species that was discovered recently.

For years, researchers thought that the giant tortoises living on the western and eastern sides of Santa Cruz Island belonged to the same species. But the tortoises look slightly different, and so recently, scientists ran genetic tests on about 100 tortoises from both groups. The tests were definitive: The two tortoise populations, which live only about 6 miles (10 kilometers) apart on the opposite sides of the island, are actually extremely distant relatives.

"We immediately found that [the eastern tortoises] were very distinct from the other ones," said the study's senior author, Adalgisa Caccone, a senior ecology and evolutionary biology research scientist at Yale University. "As distinct as species from different islands." 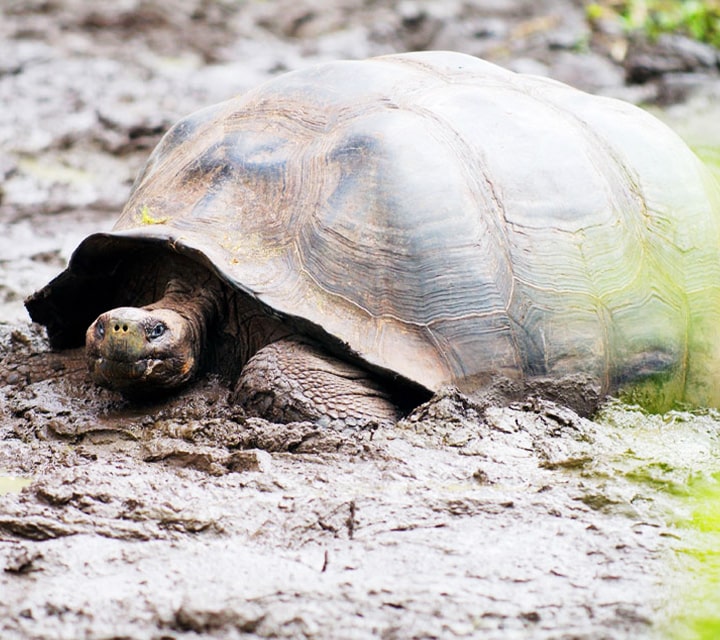 The specimen in the UW-Madison Zoological Museum, which was returned this past week by the Yale Peabody Museum of Natural History, is considered the "holotype" specimen, meaning it is the defining scientific example of the new animal species. 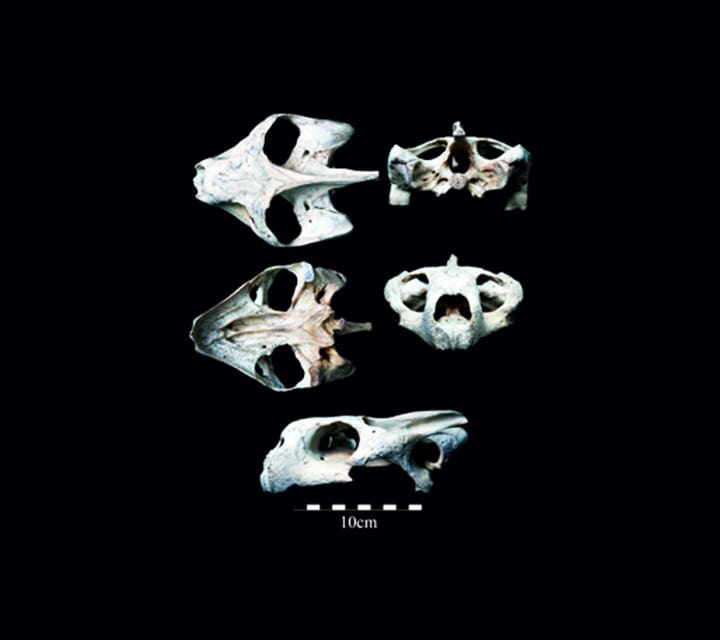 The finding may change how scientists approach the conservation of tortoises in the Galápagos. Right now, the western Santa Cruz tortoise population is booming, with about 2,000 members, whereas the eastern species has only about 250 individuals. Now that researchers know the eastern group is a separate species, and a new Galapagos Giant Tortoise species, it may receive increased habitat protection.

The name of the new species honors Fausto Llerena Sánchez, a Galápagos National Park ranger who spent 43 years caring for endangered tortoises in captivity. The populations of giant tortoises in the Galápagos have dropped to historic lows, largely because of human exploitation, invasive species and habitat degradation. 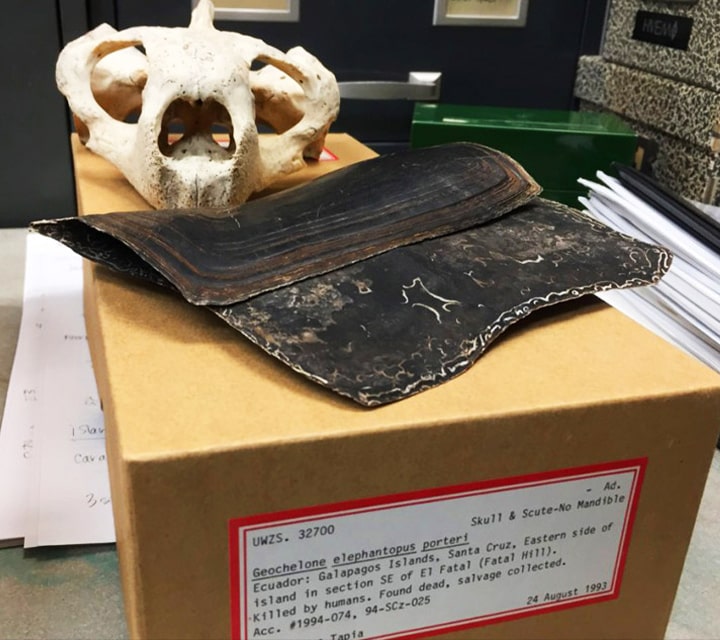 The new Galapagos giant tortoise species, that was revealed this week in a study conducted by scientists at Yale University, also happened to be lurking in the collections of the University of Wisconsin-Madison's Zoological Museum, it turns out.

The specimen — a skull and a couple of scutes, the keratin plates which overlie the bones making up the animal's shell — was acquired by the museum in 1991 as part of a longstanding program with the Ecuadorean National Park Service to curate salvaged animal remains found on the Pacific islands made famous by Charles Darwin.

The UW-Madison specimen was loaned to the Yale group in 2009 and a small sample of skull bone, about the size of a paper clip, was contributed to the study, which mostly depended on genetic analysis of the living tortoises on Santa Cruz Island, one of 21 islands in the Galapagos archipelago.

The specimen in the UW-Madison Zoological Museum, which was returned this past week by the Yale Peabody Museum of Natural History, is considered the "holotype" specimen, meaning it is the defining scientific example of the new animal species. The UW-Madison museum has only eight holotypes — including a subspecies of cougar from Wisconsin and some frogs from Papua New Guinea — in its collection of 500,000 animal specimens.