Seeing the world’s biggest fish in the Galapagos Islands 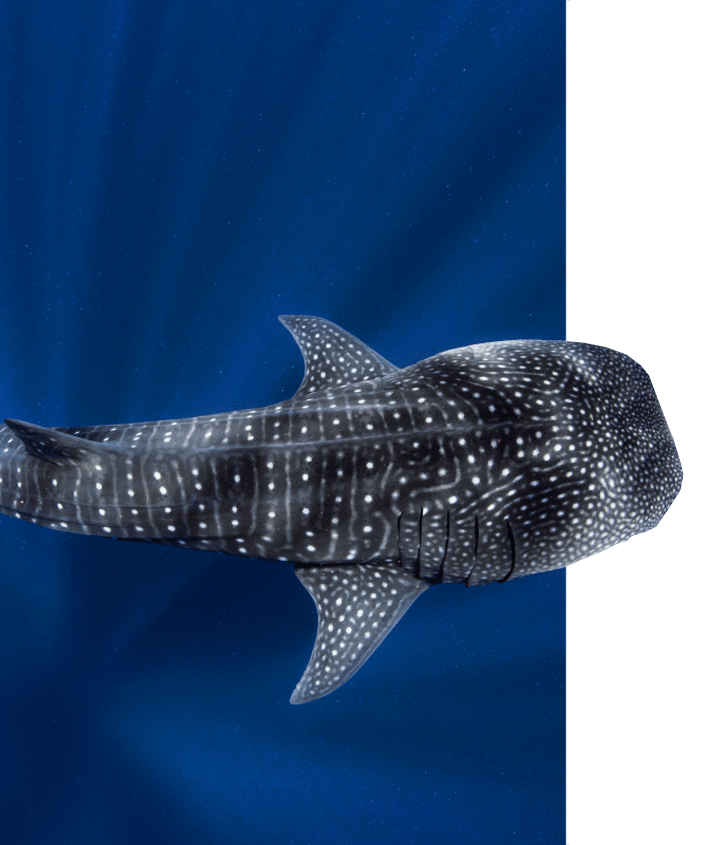 While you’re probably prepared to see sea turtles, penguins and rays on your Galapagos trip, most visitors don’t expect to get up close to one of these endangered species. But, if you’re diving or snorkeling near the northern Galapagos islands, prepare by learning a little about these awe-inspiring sea creatures.

The Behavior of Galapagos Whale Sharks

Unlike most of their species, whale sharks don’t attack other fish. They don’t even have the usual rows of shark-like teeth inside of their 4 feet (1.4 meter) wide mouths. Instead, they sieve plankton, baitfish, squid and crustaceans through their gills as they cruise along.

Because of their anatomy, whale sharks can only swim up to 3 miles or 5 kilometers per hour. This makes them a great creature to dive with. Just watch out for their huge, sweeping tails! 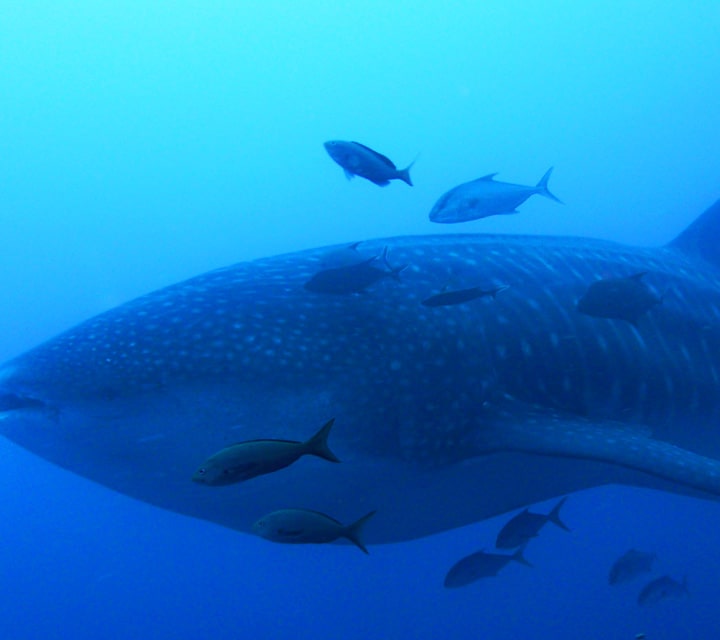 Surprisingly, we don’t know much about the movement patterns of whale sharks. However, the Galapagos Conservation Trust is currently researching this endangered species more to learn about how to protect them.

We do know that whale sharks like warm, tropical oceans. They’ll happily cover kilometers of ocean in search of food and typically come to the Galapagos’ northern islands between June and December to feed.

Studies have shown that most whale sharks in the Galapagos are large, pregnant females. Currently, we don’t know why this is but researchers are looking to find out. 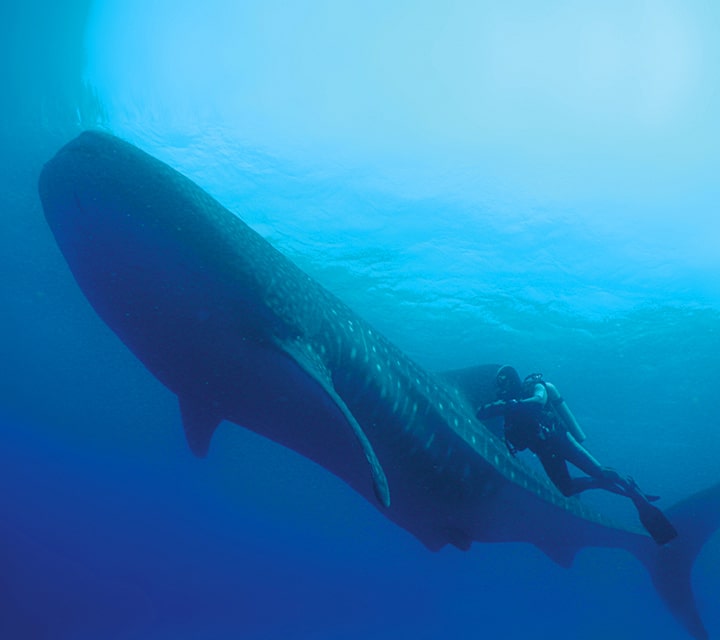 Because the Galapagos archipelago covers a unique area where three different oceans converge, there’s usually an ideal temperature zone for Galapagos whale sharks to find plankton. This means that while most whale sharks migrate towards the coast of Ecuador and Northern Peru, those that can find food, often remain in the islands year-round.

For the best chance of seeing a whale shark in the Galapagos, head to the open water around Wolf and Darwin Islands between June and December. Here, they can be seen between 6 and 60 feet (2 and 20 meters) under the water’s surface as they feed along rocky outcrops.

It’s uncommon to see Galapagos whale sharks on a cruise. So, make sure you get in the water snorkeling, or preferably diving, to increase your chances to see one.

If seeing the world’s biggest fish is something you’d love to do, fill out the quick form below for more information about our Galapagos cruises!