10 Facts About The Atacama Desert

The Atacama Desert in Northern Chile

The Atacama Desert (Spanish: Desierto de Atacama) is a plateau in South America, covering a 1,000-kilometre (600 mi) strip of land on the Pacific coast, west of the Andes mountains. According to estimates the Atacama Desert proper occupies 105,000 square kilometres (41,000 sq mi), or 128,000 square kilometres (49,000 sq mi) if the barren lower slopes of the Andes are included. Most of the desert is composed of stony terrain, salt lakes (salares), sand, and felsic lava that flows towards the Andes. Below, we are sharing 10 Fun Facts about the Atacama Desert.

1. Driest Desert in the World – Studies conducted by NASA have concluded that this desert located in northern Chile is in fact the driest desert in the world. Some weather stations in the Atacama have never received rain. Periods of up to four years have been registered with no rainfall in the central sector, delimited by the cities of Antofagasta, Calama and Copiapó, in Chile. Evidence suggests that the Atacama Desert may not have had any significant rainfall from 1570 to 1971.

2. Rainless (or just about) – Average rainfall in this region is about 1 mm per year. Some locations within the desert have never had any rainfall whatsoever. Some locations, such as Arica and Iquique, receive 1 to 3 mm (0.04 to 0.12 in) in a year. Geographically, the aridity of the Atacama is explained by it being situated between two mountain chains (the Andes and the Chilean Coast Range) of sufficient height to prevent moisture advection from either the Pacific or the Atlantic Oceans, a two-sided rain shadow.

3. Sterile Ground – Both the Andes Mountains and the Chilean Costal Range, which surround this desert, create a blockage of moisture, making the Atacama Desert a kind of death zone for vegetation, depriving the land of water and nutrients.

4. Largest Supply of Sodium Nitrate in the World – This region is the largest natural supply of Sodium Nitrate, which can be used for producing fertilizers and explosives amongst other things. Mining of this mineral, also called Chile saltpeter, was at a boom in the 1940s and many abandoned mining towns may be spotted and visited in the desert.

5. Extra Terrestrial Soil – Soil samples from this region are very similar to samples from Mars; for this reason, NASA uses this desert for testing instruments for missions to the red planet. The Atacama is also a testing site for the NASA-funded Earth-Mars Cave Detection Program. The Atacama has also been used as a location for filming Mars scenes, most notably in the television series Space Odyssey: Voyage to the Planets.

Sign-up to get the latest stories on the most amazing destinations and travel experiences from Quasar Expeditions.

6. Land Dispute – In the late 1800s, Chile and Bolivia disputed this land in the Guerra del Pacífico (War of the Pacific) becaue both countries claimed to be rightful owners of this region that, as was said above, had a huge mining potential. At the end of the war Chile took control of the entire region.

7. Extreme Temperatures – During the day, temperatures in the desert can reach around 40º C (104º F), and in the night these temperatures can fall to 5º C (41º F). The climate is magnificent throughout the year, with more than 90% of the days being radiant. For 10 to 12 nights each month there is an astonishing moon and you can enjoy the darkness of the night with its fresh air and lack of clouds, which makes the stars shine as in no other place on earth.

8. Chinchorro Mummies – The oldest artificially mummified human remains have been found in the Atacama Desert. These mummies predate the Egyptian mummies by thousands of years, and the extreme lack of moisture helps in the preservation of these samples. To put this into perspective, the earliest mummy that has been found in Egypt dated around 3000 BC, while the oldest mummy recovered from the Atacama Desert is dated around 7020 BC.

9. Presence of Snow – Despite this being the driest desert in the world and the high temperatures during the day, the high peaks present are topped with snow. This is possible due to the altitude, which does not allow temperatures in these points to increase much.

10. Astronomy – The Atacama Desert is one of few locations on the globe with 300+ days with clear skies in a year, along with no light pollution and its high altitude, making it perhaps the best place in the world for observatories. In more recent years, the desert has become the home of the largest ground telescope in the world, ALMA, where studies of the formation of stars are conducted with the help of the images captured by the 66 radio telescopes.

Learn more on the desert here ----> The Atacama Desert Tours.

ARE YOU ON PINTEREST?
PIN THESE FOR LATER READ! 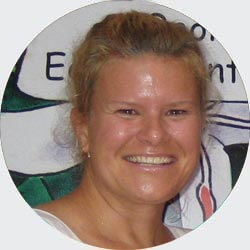 0
SEE YOURSELF IN Chile ALREADY?

END_OF_DOCUMENT_TOKEN_TO_BE_REPLACED

Some of the best UNESCO sites in the world can be discovered in beautiful Patagonia — Chile alone claims six of the fascinating features. From architectural innovation to ancient marvels to stunning seaports, the richness of Chile offers something special for everyone. The definition of an UNESCO World Heritage Site: A World Heritage Site is …

END_OF_DOCUMENT_TOKEN_TO_BE_REPLACED

4 Reasons to Extend Your Trip to Patagonia

One of the greatest mistakes people make when planning Patagonia luxury tours is not budgeting enough time to savor the region’s immense, breathtaking landscape, diverse wildlife population, and bountiful outdoor adventures. Any traveler who has hiked to the peaks of Base of the Towers, Torres del Paine National Park, been captivated by the majestic Perito …