Marine Life in the Galapagos

Snorkeling and diving in Galapagos is very rewarding and they are activities offered on all our Galapagos cruises. The abundance of fish life is spectacular and great schools of inshore grunts and snappers are encountered on nearly every snorkeling outing, while schools of open water jacks, barracuda, bonito, eagle ray and Scalloped Hammerheads are regularly sighted. Adding to the excitement is the regular expectation of sighting Manta Ray, Wahoo, Yellowfin Tuna, Galapagos sharks and even Whale Sharks.

Drop-offs and the boulder strewn sea floor are home to many strange and exotic species such as the Rainbow Basslet, Red-lipped Batfish, Bloody Frogfish, Pacific Seahorse, Rockmover Wrasse and Galapagos Clingfish.

The seven major oceanic currents that reach the Galapagos Islands, but mainly the Humboldt Current, are responsible for an unusual grouping of over 500 species of fish - a marine variety that is found in tropical and cool water regions of the Pacific. 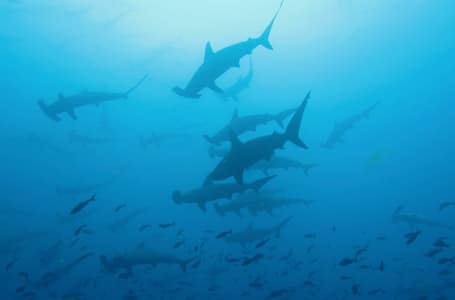 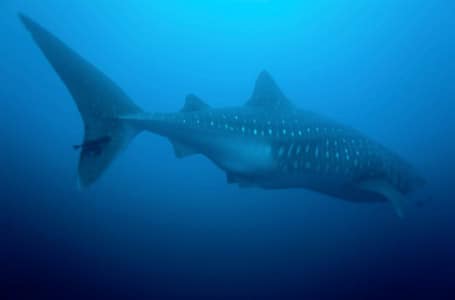 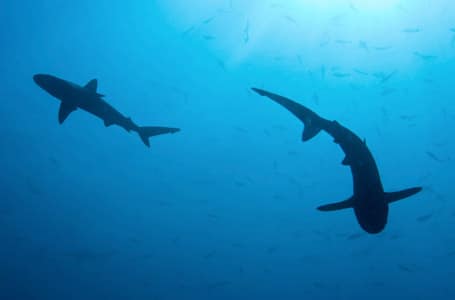 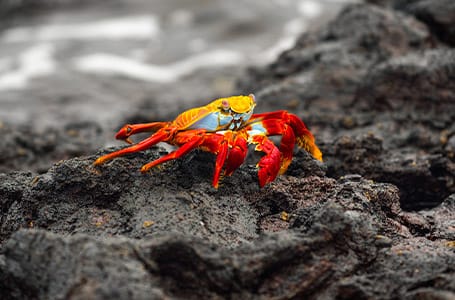