The Humboldt Current, also called the Peru Current, is a cold ocean current of low salinity that flows in the north-west direction along the coast of South America. Named after the Prussian naturalist Alexander von Humboldt, the current originates in the southern tip of Chile and flows north to Peru and then west along the equator, bathing the Galapagos archipelago. The current has an impacting cooling influence in the climates of the Galapagos Islands, Ecuador and Peru.

It is also responsible for the dryness of the costal areas of these three countries since the current cools the marine air which, in turn, causes little or no precipitation. Clouds and fog are often common during upwelling, which is typical of the Garua season in Galapagos.

The Humboldt Current
The Humboldt Current is the largest upwelling system in the world as well as the most productive marine ecosystem. Upwelling of this current occurs off Peru and the Galapagos year-round, but it is more pronounced during the months of July – November. This upwelling is produced due to the displacement of the subtropical center of high pressure during the summer where cold, nutrient-rich waters are brought to the surface and they drive the system’s incredible productivity. The Humboldt Ecosystem is among the most productive ecosystems in the world, and approximately 20% of the world’s fish are caught on waters bathed by the Humboldt Current.

During El Niño phenomenon, the upwelling of the Humboldt Current is disrupted and the productivity of these waters is deeply affected. El Niño years often result in decaying populations of many marine mammals and sea-birds in the Galapagos Islands due to the low productivity of the waters during this phenomenon. During the last El Niño, the populations of Galapagos Penguins, Flightless Cormorants and Galapagos Sea Lions were dramatically affected. Fishing industries in Ecuador, Peru and Chile are also significantly affected by El Niño, often leading to stock crashes and significant economic impacts. 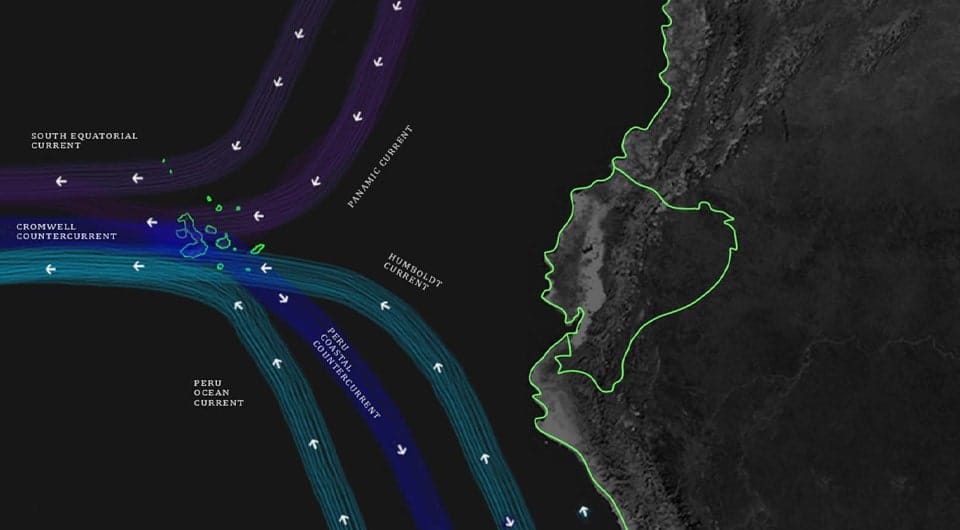