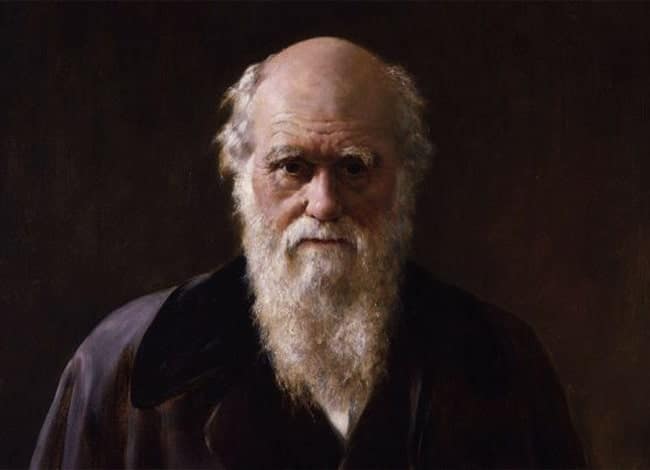 Charles Robert Darwin was born in Shrewsbury, England on 12 February 1809. In 1827 he started theology studies at Christ's College, Cambridge. His love to collect plants, insects, and geological specimens was noted by his botany professor John Stevens Henslow. He arranged for his talented student a place on the surveying expedition of HMS Beagle. Despite the objections of his father, Darwin decided to leave his familiar surroundings at the age of 22. Charles Darwin voyage took five years from 1831 to 1836.

Darwin returned with observations he had made in Teneriffe, the Cape Verde Islands, Brazil, and especially in the Galapagos Islands. Unfortunately, during the voyage, Darwin had contracted a tropical illness, which made him a semi-invalid for the rest of his life. By 1846 Darwin had published several works based on the discoveries of the voyage and he became secretary of the Geological Society (1838-41).

From 1842 Darwin lived at Down House, Downe. In 1839 he had married his cousin Emma Wedgwood, and when not devoting himself to scientific studies, he led the life of a country gentleman. In the 1840s Darwin worked on his observations of the origin of species for his own use. He began to conclude, although he was deeply anxious about the direction his mind was taking, that species might share a common ancestor.

Darwin's great work, The Origin of Species by Means of Natural Selection, based principally on his observations in the Galapagos Islands and Darwin Finches, was heavily attacked because it did not support the depiction of creation given in the Bible. Darwin's argument that natural selection - the engine of evolution - worked automatically, leaving little or no room for the teachings of the Bible. All species, he reasoned, produce far too many offspring for them all to survive, and therefore those with favorable variations - owing to chance - are selected.

At Charles Darwin's hands evolution grew into a well-developed scientific theory, which has been a constant target of religious or anti-scientific attacks. However, Darwin himself did not at first explicitly apply the evolutionary theory to human beings. He knew that his challenge to the Biblical teachings would cause stress to his friends and family, among them his religious wife.

However, T.H. Huxley, another scientist who believed strongly in Darwin’s evolution theory, published in his Man's Place in Nature (1863) an application of the theory. Darwin followed him in The Descent Of Man, and Selection In Relation To Gender (1871) and Expression Of Emotions In Man And Animals (1872), which showed the similarities between animals and man in the expression of emotions and was the start of the science of ethnology. Darwin's voyage with the Royal Navy's H.M.S. Beagle was the foundation for many his theories and is recorded in the Journal Of Researches (1836), a blend of scientific reporting and travel writing.

Darwin died in Down, Kent, on April 19, 1882 and is buried in Westminster Abbey.