Identification:
In House Wrens, the sexes are alike. Their bills are grayish brown with the base of the mandible being completely grey. Their iris is dark brown, and the upper parts of their head, hind neck, upper and lower back are of uniform brown color. The rump and upper tail coverts are a cinnamon brown color with inconspicuous white markings. Throat, foredeck, breast and belly are of a whitish brown color. Wing coverts are black and their legs are grey.

Habitat:
The House Wren lives in all types of environments around Patagonia, from seashores to hilltops. This is one of the friendliest and most charming birds that live around inhabited areas, and often are very tame and restless. House Wrens can often be found lingering around vegetable gardens and flower gardens, seeking insects and small invertebrates that make up its diet.

Behavior:
House Wrens are territorial, often found singing and perched on small branches, repeating its elaborate song in a highly melodious tone over and over. Its alarm call is harsh, however. House Wrens are usually found with their tails docked. Their nests are concealed in small holes in trees and other sheltered spots, made up of pieces of wool, feathers and plant fibers. Their eggs, which can be laid up to six at a time, are white with a soft pinkish hue and have reddish spots all over the surface.

Range:
This species is widespread in all of Patagonia, both Chilean and Argentinean. 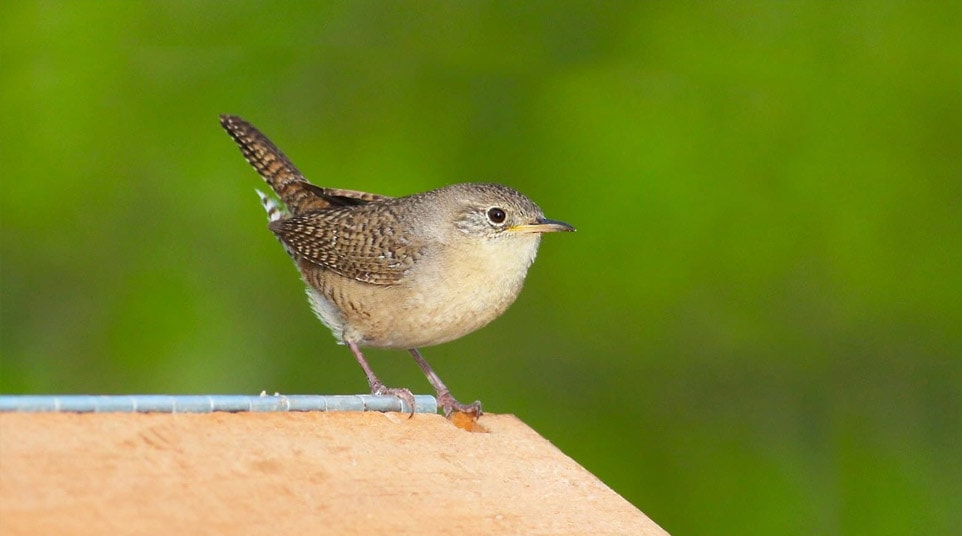