The region of Patagonia covers a total extension of approximately 800,000 square kilometers (310,000 sq mi), encompassing the southern cone of South America. The countries of Chile and Argentina share this territory, with most of Patagonia found on the Argentinean side. This is one of the least populated areas of the world, with approximately 1 – 2 persons per square kilometer (0.4 sq mi).

On the Chilean side, Patagonia begins just south of the city of Puerto Montt, and stretches down all the way to Cape Horn. It is divided into two regions, known as Northern Patagonia, in the province of Aisen, and Southern Patagonia, in the province of Magallanes. The Chilean Patagonia is mainly a very mountainous region, with a very rugged coastline made up of a number of fjords, channels and small islands and islets.

On the Argentinean side, it begins south of Colorado River and ends in Tierra del Fuego. It is divided into three regions, known as Andean, Central and Atlantic Patagonia. Andean Patagonia is a very mountainous area, because this is where the mighty Andean mountain range crosses. Central Patagonia is dominated by vast plains, while Atlantic Patagonia is the coastal part of the region. 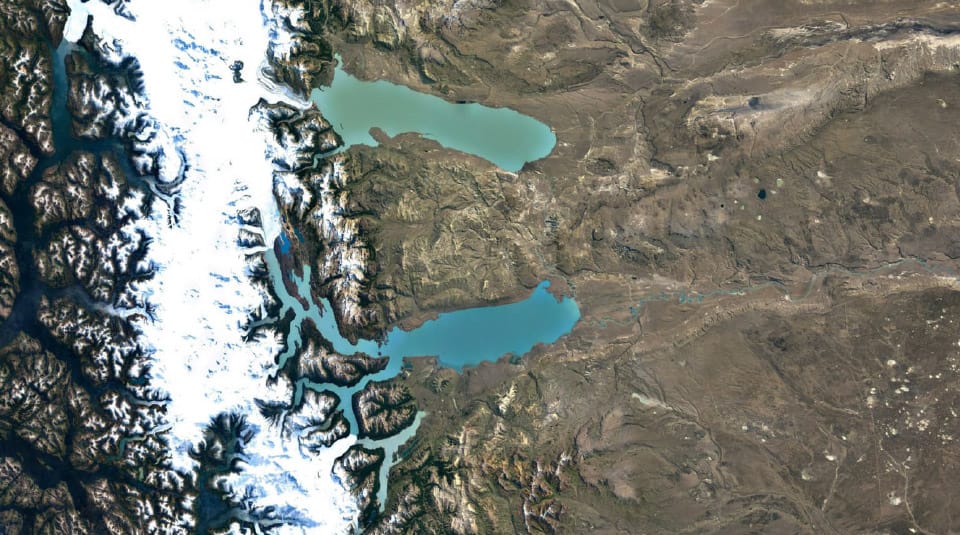