Description:
This animal could be considered a hairy armadillo whose main feature is its great coordination and its ability to dig into the soil and create tunnels and burrows.

Reproduction:
They mate in September and the gestation period is between 60 to 75 days, sometimes they have more than one period of pregnancy per year and they have 2 cubs. The weaning of cubs is between 50 to 60 days after birth, and the sexual maturity comes at 9 months of life.

Distribution:
Specimens have been found from Magallanes to Aysen. Within the Torres del Paine National Park it inhabits the areas of Laguna Azul, Laguna Amarga and Lago Sarmiento.

Features:
The Armadillo has the ability of digging with its four limbs in a coordinated manner, removing dirt with its front legs while widening and removing this with its hind legs. It maintains its balance using the tail and shell.

Habitat:
It lives mainly in areas with sandy and soft soil; it is also common to see it in bushes. 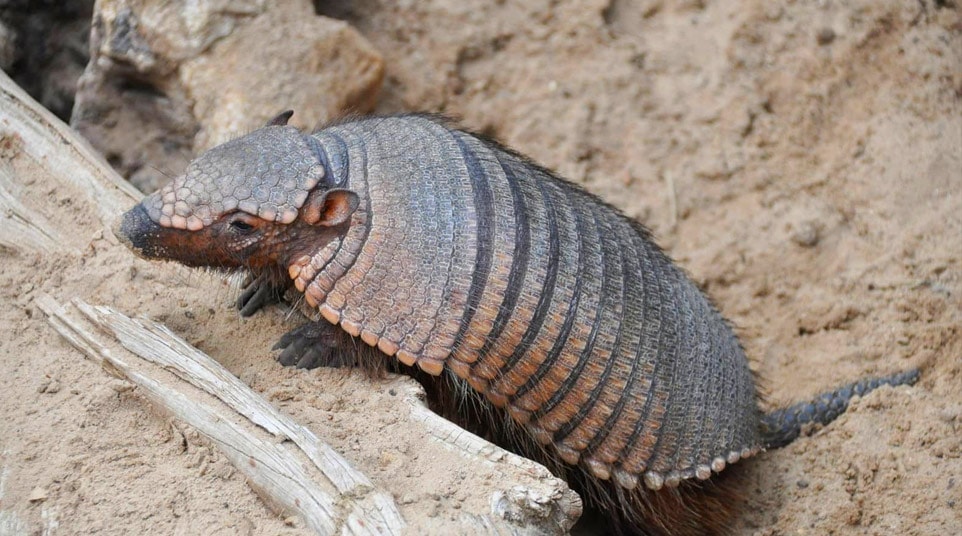