For a period in their history, the Galapagos Islands were known around the world as the “Enchanted Isles”.

For thousands of years, countless species have evolved and adapted to these treacherous lands and, despite the extremely limited resources, they have made the Galapagos their home.

There is no double the Galapagos archipelago is a living laboratory, for scientists, naturalists and passionate travelers, and their history has played an important part towards what the Galapagos are today. 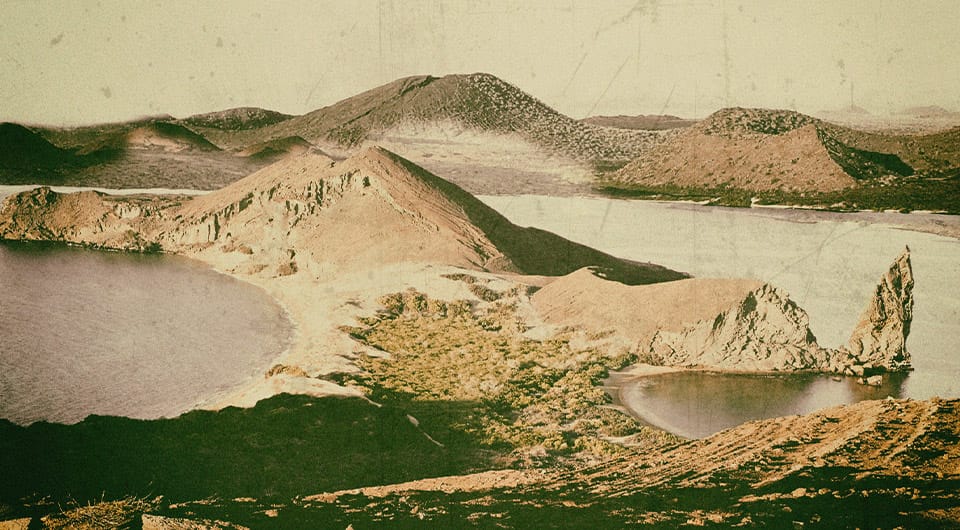 The Discovery of The Galapagos Islands

The Galapagos Islands were discovered in 1535 when father Tomas Berlanga, the bishop of Panama sailed to Peru to settle a dispute between Francisco Pizarro and his lieutenants after the conquest of the Incas.

The bishop’s ship stalled strong currents carried him out to the Galapagos.

His account of the adventure contained many facts about Galapagos: he described the harsh, desert-like condition of the islands, their trademark giant tortoises, marine iguanas, sea lions and the many sea birds.

Galapagos travel was rare and the islands were rarely visited. They became the refuge for pirates preying on en galleons and coastal towns.

Drew whalers and sealers, with the promise of fur seals and the giant tortoises, which could be kept alive in the hold of ships for up to a year with no food or water. The tortoise populations were decimated, causing the extinction of several species and endangering the rest. Today, only a single male of the Pinta Island tortoise species survives, named “Lonesome George.”

Charles Darwin & The Voyage of The Beagle

Charles Robert Darwin was born in Shrewsbury, England on 12 February 1809. In 1827 he started theology studies at Christ's College, Cambridge. His love to collect plants, insects, and geological specimens was noted by his botany professor John Stevens Henslow. He arranged for his talented student a place on the surveying expedition of HMS Beagle. Despite the objections of his father, Darwin decided to leave his familiar surroundings at the age of 22. Charles Darwin’s voyage took five years from 1831 to 1836.

Darwin returned with observations he had made in Tenerife, the Cape Verde Islands, Brazil, and especially in the Galapagos Islands. Unfortunately, during the voyage, Darwin had contracted a tropical illness, which made him almost handicapped for the rest of his life.

From 1842 Darwin lived at Down House, Downe. In 1839 he had married his cousin Emma Wedgwood, and when not devoting himself to scientific studies, he led the life of a country gentleman. In the 1840s Darwin worked on his observations of the origin of species for his own use. He began to conclude, although he was deeply anxious about the direction his mind was taking, that species might share a common ancestor.

Charles Darwin & The Voyage of The Beagle

Darwin was the first person to make a scientific study of the islands in 1835.

He was a young student just out of university and was the naturalist on a round-the-world scientific and geographical voyage on board HMS Beagle (1831 - 1836).

In later life, Darwin maintained that the Islands and the facts about Galapagos he observed, particularly on Darwin Finches, were the source of all his ideas and research. Of all the visitors there, the Galapagos are today most closely associated with Darwin.

Theory of Evolution & The Origin of Species

Darwin's great work, The Origin of Species by Means of Natural Selection, based mainly on his observations in the Galapagos Islands and Darwin Finches, was heavily attacked because it did not support the depiction of creation given in the Bible. Darwin argumented that natural selection - the engine of evolution - worked automatically, leaving little or no room for the teachings of the Bible. All species, he reasoned, produce far too many offspring for all of them to survive and therefore, those with favorable variations - owing to chance - are selected.

At Charles Darwin's hands, evolution grew into a well-developed scientific theory, which has been a constant target of religious or anti-scientific attacks. However, Darwin himself did not at first explicitly apply the evolutionary theory to human beings. He knew that his challenge to the Biblical teachings would cause stress to his friends and family, among them, his religious wife.

However, T.H. Huxley, another scientist who believed strongly in Darwin’s evolution theory, published in his Man's Place in Nature (1863) an application of the theory. Darwin followed him in The Descent Of Man, and Selection In Relation To Gender (1871) and Expression Of Emotions In Man And Animals (1872), which showed the similarities between animals and man in the expression of emotions and was the start of the science of ethnology. Darwin's voyage with the Royal Navy's H.M.S. Beagle was the foundation for many of his theories and is recorded in the Journal Of Researches (1836), a blend of scientific reporting and travel writing.

Darwin died in Down, Kent, on April 19, 1882 and is buried in Westminster Abbey.

The Park Service provides rangers and guides, and is responsible for overseeing the many tourists who visit each year.

The Darwin Station conducts scientific research and conservation programs. It is currently breeding and releasing captive tortoises and iguanas.

In an effort to preserve the islands as they were centuries ago, the Galapagos have been declared a World Heritage Site by UNESCO.