The arid zone of the Galapagos is the most diverse and extensive of all the vegetation zones in the Islands. It occurs in the lowlands, extending inland from the shore zone, and is found on all of the main islands. On low-lying islands, the arid zone may go all the way to the highest elevations. The habitats that are typical of this zone include plant communities characterized by the presence of cacti and deciduous trees such as Palo Santo, Palo Verde and acacias.

These habitats are home to virtually all of the species of land birds and also provide nesting sites for some of the seabirds, such as blue-footed boobies and storm-petrels. Many of the reptiles, notably lava lizards and land iguanas, are at their most numerous in this zone, and rice rats also occur.

Arid zone plant life has adaptations to withstand droughts. This includes small leaves, a deciduous habit, and deep roots. Many plants are annual herbs which can survive the dry season as seeds. Due to a strong of competition for fresh water, plant in this zone often shows an almost regular spacing, as if planted by hand. This is best seen on a Palo Santo, or a slope with only Tiquilia growing on it, such as that found on Bartolome Island. 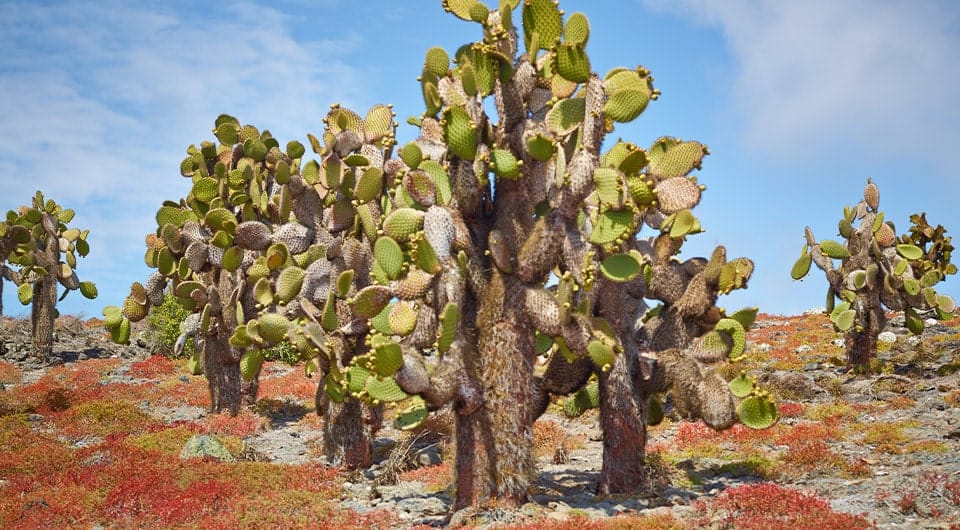