The 7 Endemic Species of Patagonia Animals Now on the Decline 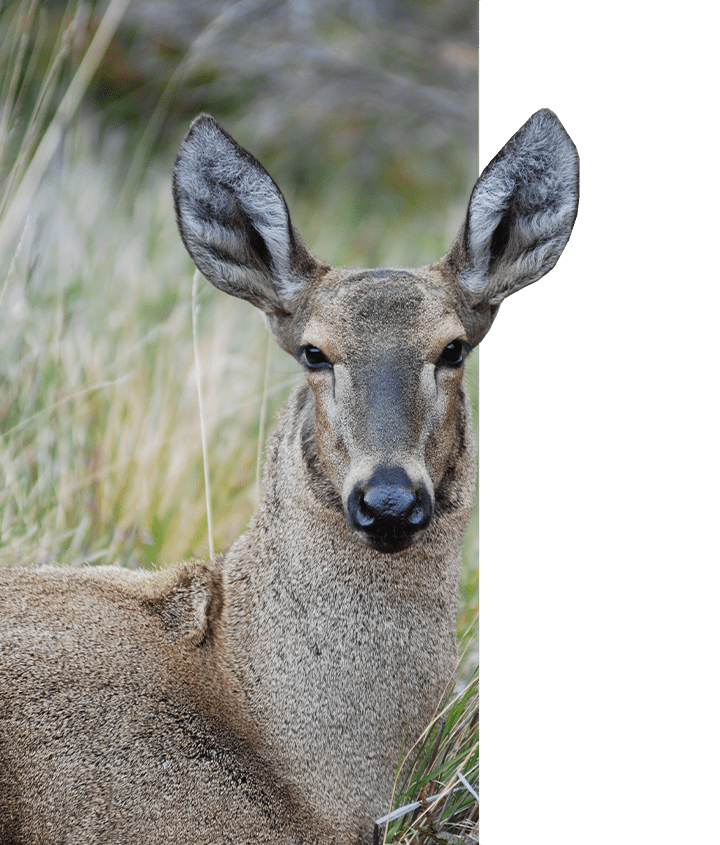 Endemic species are geographically constrained to one particular place on the planet. They often live on islands, though humanity has pushed more than a handful of continent-based animals to an endemic state through hunting and habitat loss. Endemic species are more likely to form in biologically isolated areas such as islands and large bodies of water. Endemic species run a higher risk of extinction because of their geographic isolation. Listed below are the 7 endemic animals located in Patagonia and are on the decline for many reasons. Read below about animals in Patagonia.

The Andean cat is one of the most dangerous species in Patagonia, even if they appear to be as cute as kittens. Because they are not used to the presence of humans, they are often very nervous. It was believed that Andean cats lived only in the high rocky slopes of the Andes Mountains at elevations above 3,000 meters (9,800 feet.), however, these felines have recently been found in the foothills of Argentinean Patagonia, in the steppe region.

Local people use stuffed cats and skins in traditional dances and in religious ceremonies and believe that killing a cat will bring them good fortune. 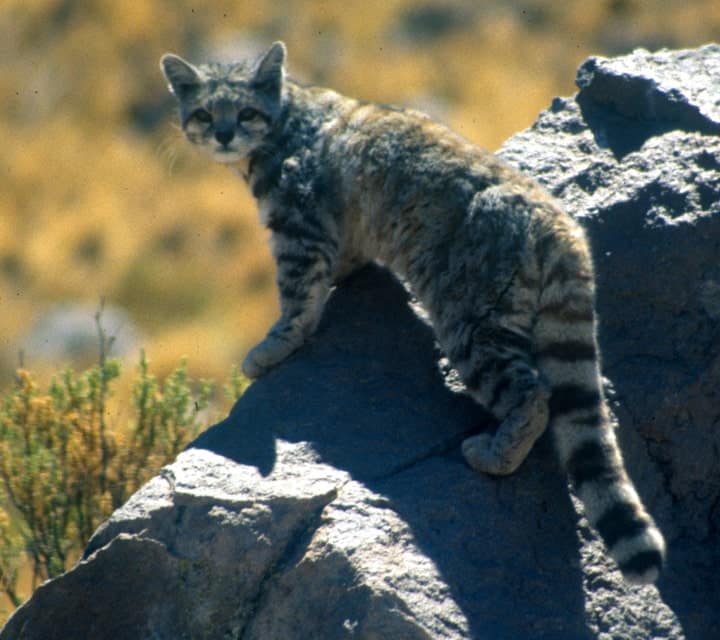 Patagonian Maras are considered to be a near threatened species. Their appearance is similar to a small deer but, more like a giant rabbits. They belong to the rodent's family. They live on the plains of Argentina. They are the 4th largest rodents behind the Capybara, Beaver and Porcupine.

They are monogamous only if there are enough males present and can breed two to three times a year. They are found only in Argentina. They inhabit lowland habitats like forests and creosote bush. They like sandy and low shrub habitat but, will adapt to a cursorial lifestyle on the open plains and steppe. They feed on green vegetation and fruit. Females spend more time feeding than the males. Males prefer to sit, being vigilant for predators like felids, grisons, foxes and birds of prey. 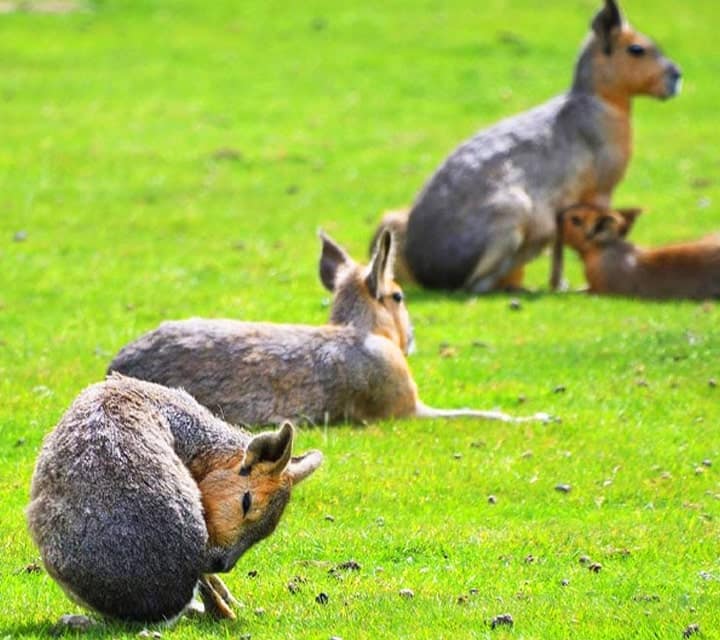 The lesser Rhea is a large bird belonging to a group of flightless birds known as ratites. We can find them in South Chile, West, Central and South Argentina. All populations have declined markedly and the northern subspecies are in serious danger of extinction. There is an estimated population of several hundred birds, with the healthiest populations in Argentina.

These birds don't fly the due to a lack the keel of the breastbone to which the flight muscles attach in flying birds. They have large wings, which they spread behind their bodies while running. They are not related to ostriches, emus, cassowaries or kiwis. They are characterized by their grayish – brown plumage, whitish on the under parts, with white spots on the back and wings.

They are very sociable birds and they live in groups of five to fifteen. 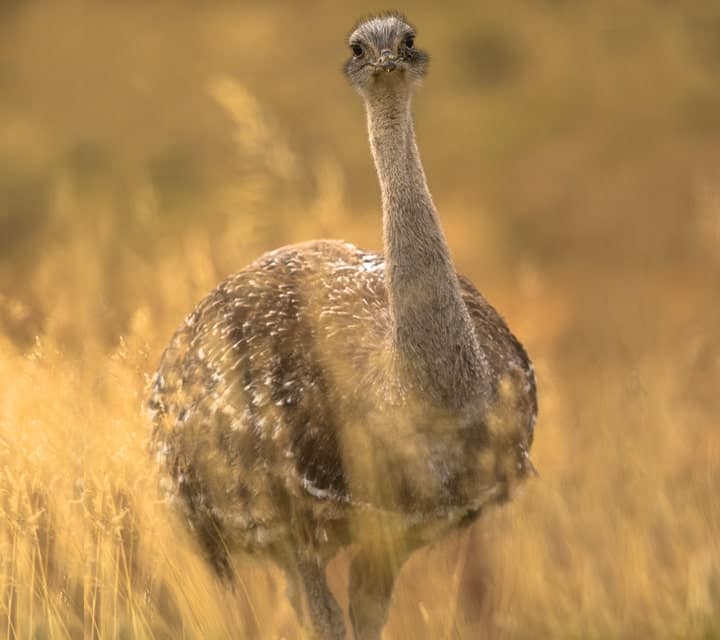 The Huemul, a species of deer found only in the Latin American region of Patagonia, is bouncing back from the brink of possible extinction as a result of collaboration between conservationists and the Chilean government (according to a new study).

Huemuls are generally dark brown, the color richer in summer and paler in winter. They have short legs and a dark stripe on the bridge of their nose and dark eyebrows.

Many conservation efforts have been accomplished allowing the deer to return to areas of their natural habitat which it had disappeared and a possible model to maintain the extraordinary biodiversity found in this part of Chile. They are a natural symbol that is featured on the Chilean Coat – of – Arms. 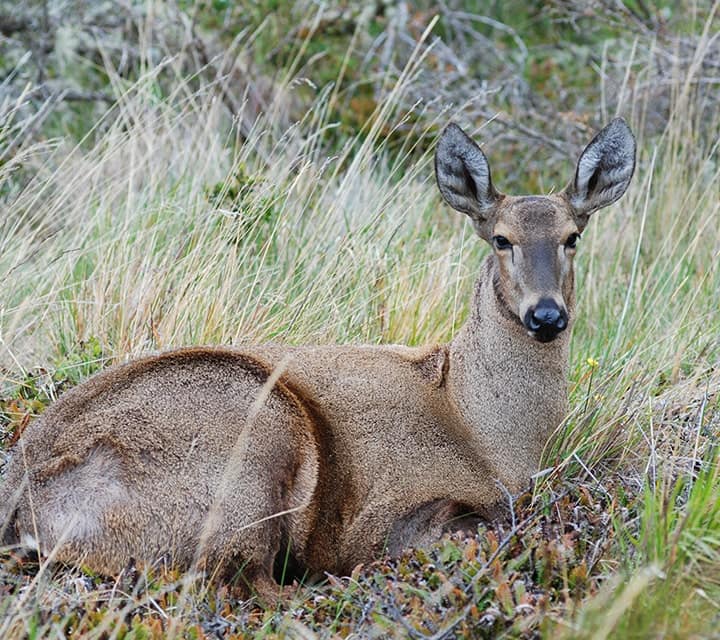 The Gray Fox also known as Patagonian Fox is spread throughout Patagonia and western Argentina. In Tierra del Fuego you can find the highest population. These foxes are also found on several small islands off the western coast of West Falkland, Chile and Southern Peru.

They are characteristic for its upper body including its strong neck and black tipped tail. It size ranges from 76 to 12.5 cm and weighs 3.6 to 7kg. The combination of black and white fur gives them their characteristic greyish look. It breeds in late austral fall, around March. After a gestation period of 2 months 2–4 kits are born in a den. These animals are omnivorous, they feed on hares, rodents, carrion, birds, reptiles and fruits. They are quite friendly and don't mind being photographed by tourists. 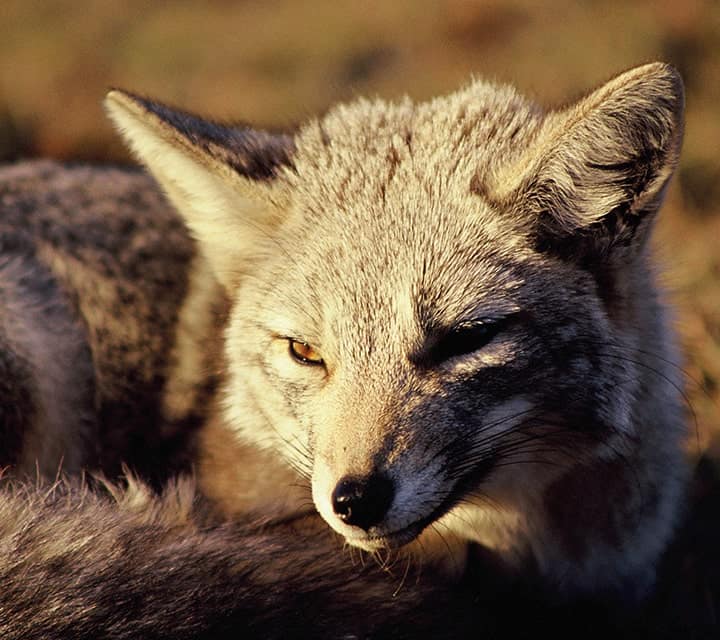 The Culpeo Fox, also known as Andean fox is a South American species of wild dog. They can be found all over Patagonia in open spaces where there are grasslands, steppes, deserts and forests.

It appears to be very similar to a red fox with a dense reddish toned fur. It is the second largest canid on the continent, after the maned wolf. Its size ranges between a red fox and a coyote, weighing 5 to 13.5 kg. They are carnivorous predators mainly feeding on rodents, birds, guanacos, sheep and reptiles.

Their head is short with long brown hair, with a thick body, short legs and conical head with rounded ears. Their coat is dark chestnut brown. 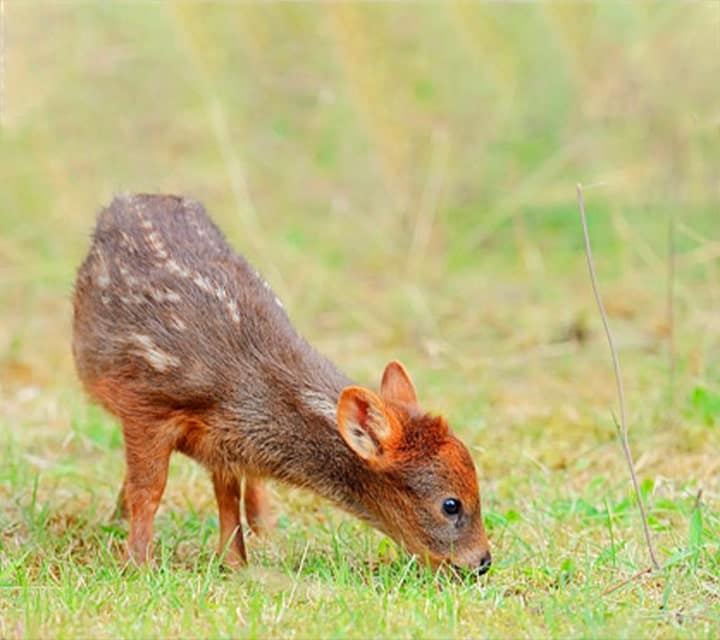 These species are vegetarian mammals that usually feed of a great variety of plants. Pudu deers in the South are quite unique because they can go a long time without drinking water getting the needed moisture from plants.

They are very vulnerable species and are solitary animals who live secretive in nature. Only a few thousand of them survive in the open. They are very easily frightened, they can even die of a heart attack and when they get angry they start to shiver and make the hair bristles.

Mountain Vizcachas are Patagonia smallest mammals. They are part of the Chinchillidae family, much similar to small rabbits.

They have large ears, powerful legs and small front paws. Their long bushy tail is a distinguishing feature to the Chinchillidae family and can demonstrate if they are feeling anxious or relaxed since it extends when the rodent is distressed and curls when at ease. Even though they are small mammals they have an impressive repertoire of vocalizations used for social interactions. 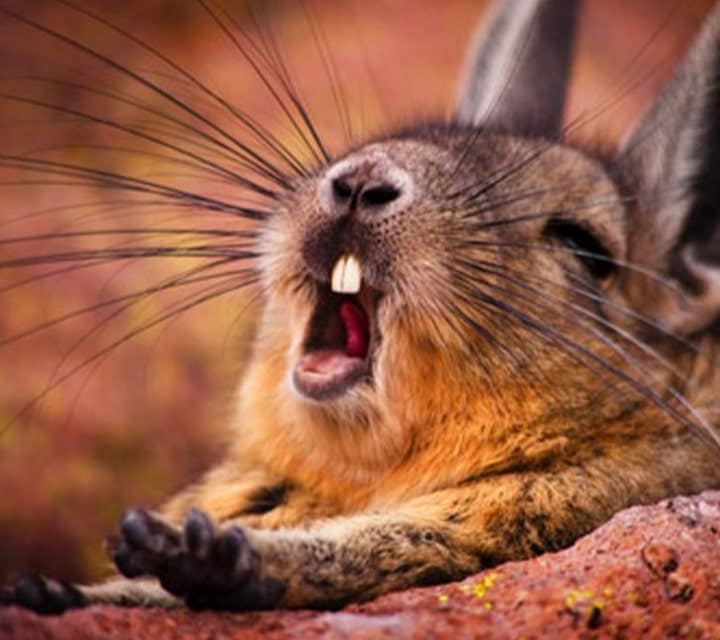