Rare Footage of the Region's Most Elusive Reptile 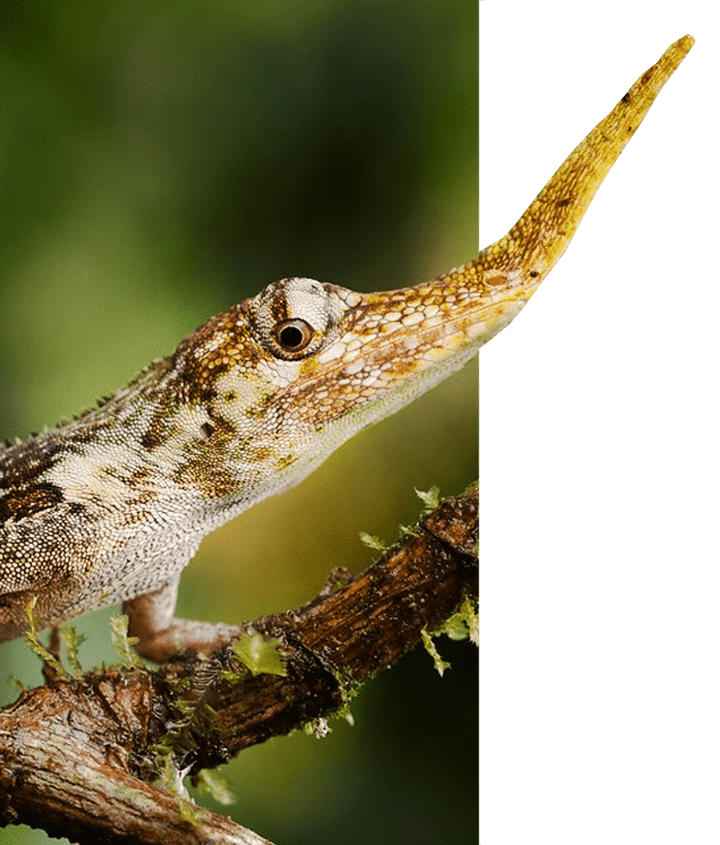 Ecuador's Pinocchio Anole Lizard is a creature so rarely seen that it was thought to be extinct for over 40 years before being rediscovered back in 2005. The reptile wasn’t formally described by scientists until 1953. They managed to save only six specimens, all of which were male. It was spotted several times in the next few years, all near the town of Mindo, Ecuador, and then the species seemed to vanish. Ever since, the lizard has been only seen a few times total in past 15 years. The long-nosed lizard remains one of Ecuardor's most elusive reptiles, and despite the odds, a team of scientists have recently tracked down this camouflaged lizard in the forest of South America.

The Pinocchio Anole lizard (Anolis proboscis) was spotted by herpetologist Lucas Bustamante some 40 feet above the leaf litter in the cloud forests of Mindo. Also known as the Ecuadorian horned anole, this species can be found only in this exact area of Ecuador and no where else in the World.

"This was no small feat," recalls biologist and wildlife photographer Aaron Pomerantz, who was part of the expedition team. "This Pinocchio Anole Lizard likes to hang out high in the canopy and has cryptic camouflage, meaning it blends in very well with the mossy branches and vegetation."

One early hypothesis was that the males might use the horns to do battle, using their faces as if they had swords attached - Science journalist Dr. Jason Goldman

In order to try and the the lizard on film and photograph the rare animal, the team, which also included science journalist Dr Jason Goldman, had to climb a tree and wait to hopefully get within reach.

As you might have guessed, the Pinocchio Anole lizard's common name stems from its unusual facial appendage, which is made mostly of cartilage. The structure is known as the proboscis, and only in recent years have we begun to understand its function. The name is from the male’s long protrusion on the end of its nose. Far from being a sturdy, rigid structure, researchers have found that the horn is actually quite flexible.

"One early hypothesis was that the males might use the horns to do battle, using their faces as if they had swords attached," writes Goldman for the BBC. But because the "horn" is flimsy, that theory didn't quite fit the bill. Only male anoles have these horns, so it's likely that they have something to do with sex. Our best guess is that a big proboscis tells any nearby female Pinocchio lizards that the male is fit to mate.

"That is unusual," he says. "Other horned lizards only develop their horns as they grow up. Nobody knows why the Ecuadorian anoles grow theirs so early, but it cannot be for attracting females." We're still unraveling the mystery, and that job is made particularly difficult by the lizards' hiding skills. These animals are almost impossible to find during the day, something this intrepid team found out firsthand. 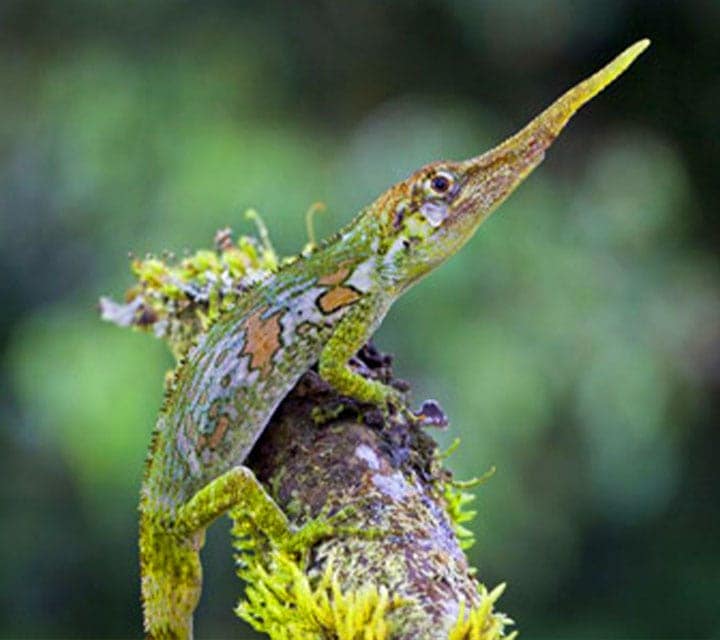 The Pinocchio anole lizard has a small range and the added pressure of habitat loss has already landed it on the IUCN's list of endangered species. Without sufficient protection, the canopy-dwelling critter could be pushed to the brink before we fully understand its life and ecology. The species is currently classified as Endangered due to its possibly restricted distribution in combination with ongoing threats in the form of habitat loss from logging, human settlement, agriculture, and grazing.

"We hope that by sharing this amazing and endangered creature, we can also help to encourage the protection of the cloud forests of Ecuador so that future generations can experience this habitat along with the incredible endemic species within," says Pomerantz. 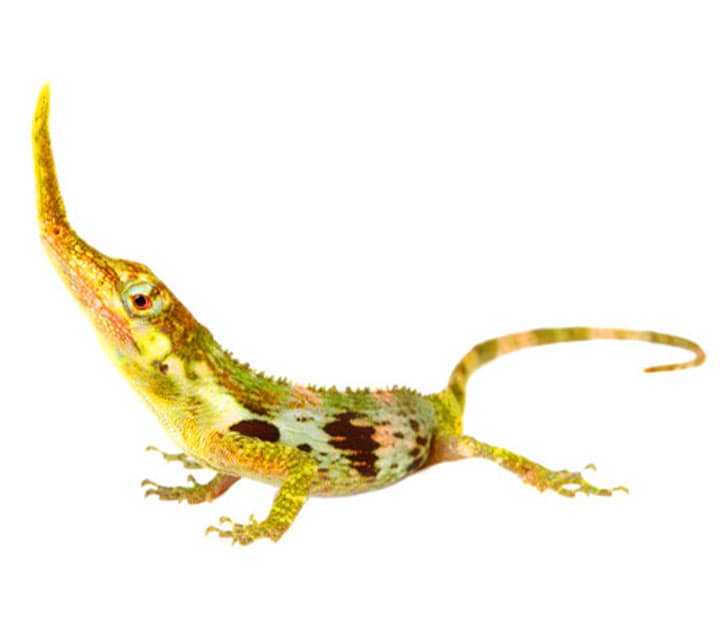