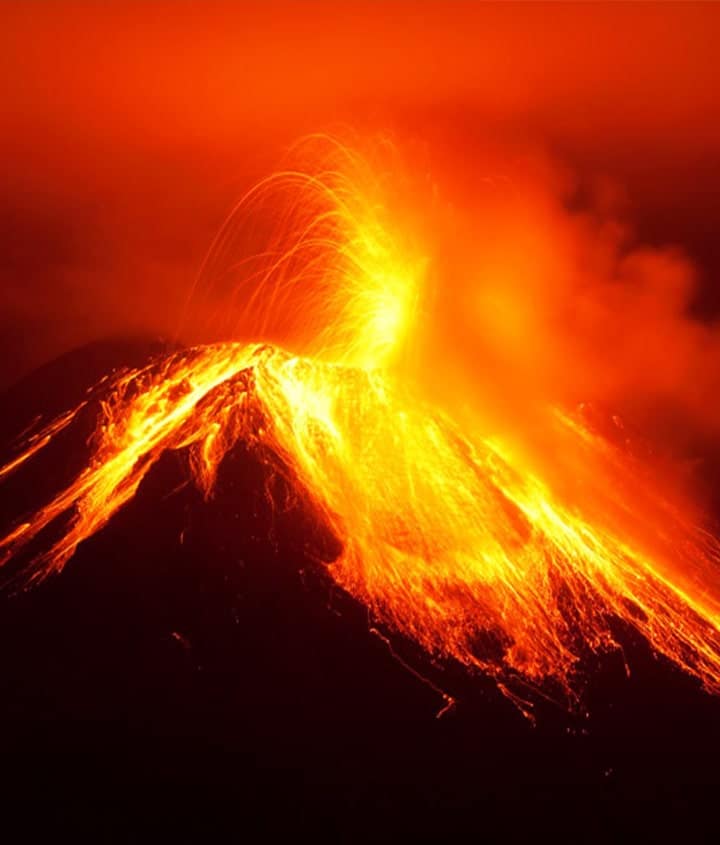 The name Tungurahua comes from the dialect "Quichua" of the native people of Ecuador. Made up of the words Tunguri meaning "throat" and rahua meaning "fire", Tungurahua means "Throat of Fire". The province of Ecuador where the volcano is located, was named after it.

Tungurahua is one of the most active volcanoes in Ecuador and all of South America, and it is currently in an eruptive phase. It is located in the stretch of the Andes that runs through the center of Ecuador and is part of the Sangay National Park. Tungurahua is found near the popular tourist town of Baños, about 135 kilometers (83 mi) south of Quito.

Tungurahua volcano has been active since August 19, 1999, following more than 80 years of dormancy. With its elevation of 5,023 m (16,500 ft), Tungurahua's summit is snow covered and used to contain a small glacier which melted away after the increase of volcanic activity in 1999.

In 1995, the Volcano had a long – term eruption which caused the temporary evacuation of the town of Baños. The last major eruption occurred between 1916 and 1918, although minor activity continued until 1925. 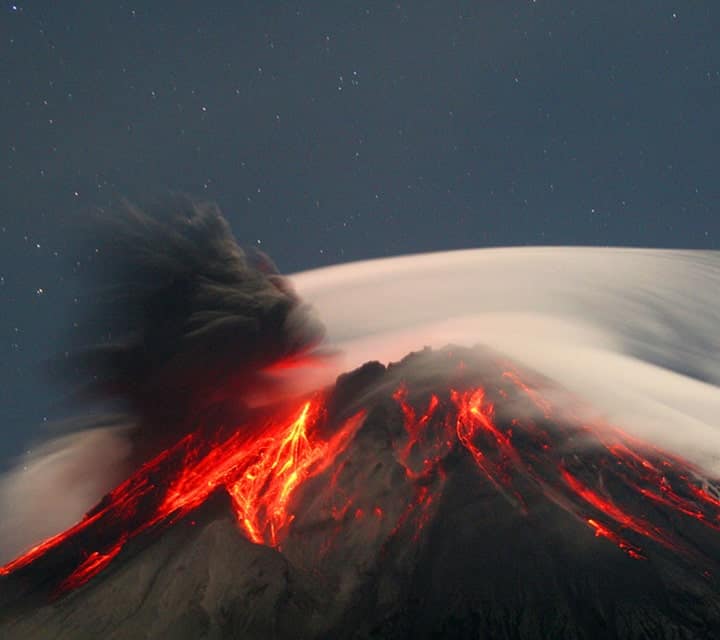 In 1999, several communities near Tungurahua, including the tourist town of Baños with 15,000 people, were forced to evacuate during the volcano's violent eruption that year. Residents could only return to their homes a year later.

Ecuador's Tungurahua volcano erupted early in the morning of July 21, sending a large plume of gas, stones and ash nearly 45,000 feet into the sky. The plume was visible more than 90 miles northeast, in Ecuador's capital city of Quito.

An increase in activity had been recorded since July 17, along with a slight increase in gas emissions from the 5029-metre (16,500-foot) volcano. 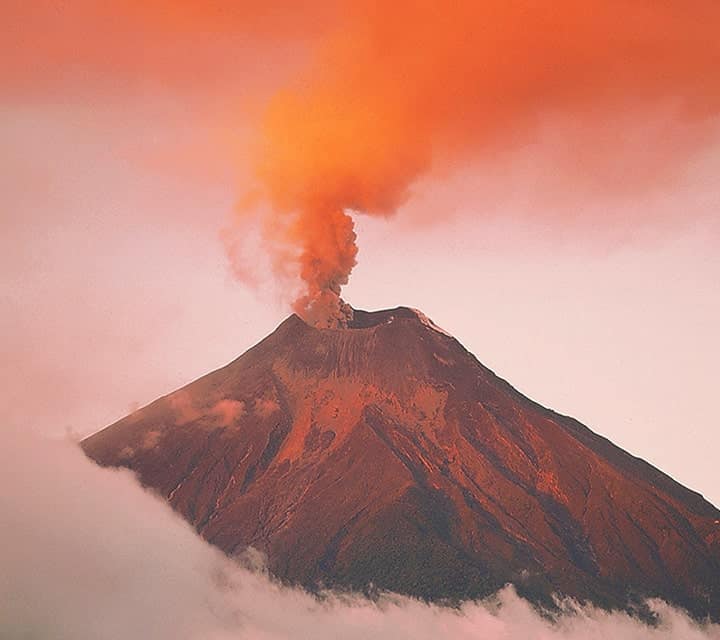 During the overnight and early morning hours, a series of explosive events started as well as lava emission," said an expert from the Geophysical Institute in Quito.

Heavy rains and minor flooding made some of the evacuations difficult, although there were no injuries in the 6:47a.m. eruption, but the authorities declared an "orange alert," the second highest warning level for towns nearby.

More than 200 residents were evacuated from the surrounding Cusua, Chacauco, and Juive areas.

An spectacular view of the #Tungurahua volcano on Sunday morning with an emission of ash pic.twitter.com/MEdkHGJSGK