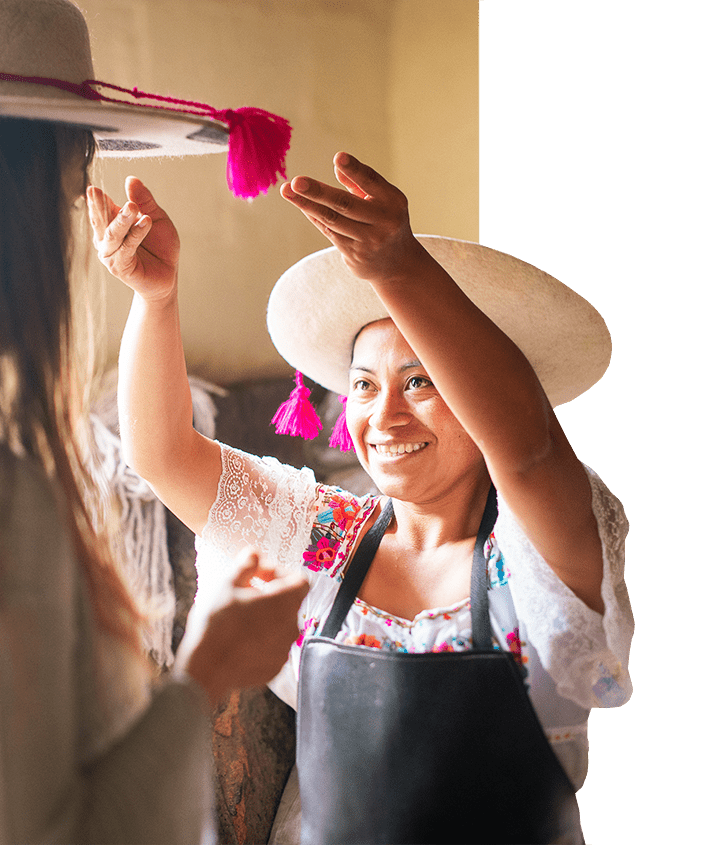 As most of us have learned by now, a 7.8 magnitude quake struck the north coast of Ecuador on Saturday, April 16, 2016 in the early hours of the evening. The earthquake in Ecuador was centered near the small town of Muisne, located in the northwestern coastal region of the country in the province of Manabi. Damage from the quake was felt up to 190 miles away in Guayaquil, where a bridge collapsed.

The purpose of this posting is to report the impact the earthquake in Ecuador is having on Quasar passengers and its travelers to Ecuador, which thankfully appears negligible. All Quasar passengers currently in Ecuador are safe and accounted for. Passengers returning from the Galapagos on Saturday, who were scheduled to depart for home from both Quito and Guayaquil airports prior to midnight were unaffected.

Fernando Alvarado, Ecuador’s Ministry of Tourism that states, "Visitors traveling to Ecuador or planning a visit to unaffected areas can feel confident that their trip will not be impacted and feel secure to continue with their plans to visit our country.”

The earthquake in Ecuador struck many hours after our Avianca group flight to the Galapagos landed in the Baltra Island yesterday. All our Galapagos passenger are doing well with no interruption to their planned itinerary, though they have of course been made aware of the situation in the mainland. A tsunami warning was issued following the quake for the coastal areas of Ecuador, but none materialized. Quasar yachts followed standard procedure by remaining in deeper waters, where they would have been unaffected should a tsunami have materialized. The Galapagos are some 600 miles off the Ecuadorian coast and tsunamis can travel at over 600 miles per hour, so such an event from the April 16th quake would have affected the Galapagos shortly after the quake struck.

While Guayaquil International Airport was closed for a few hours due to lack of communications, the airport has reopened and flights have resumed. Some areas of Quito (105 miles inland from the epicenter) were without power and phone service as well last night, but the local government reports services have been restored and there were no reports of casualties in the city. 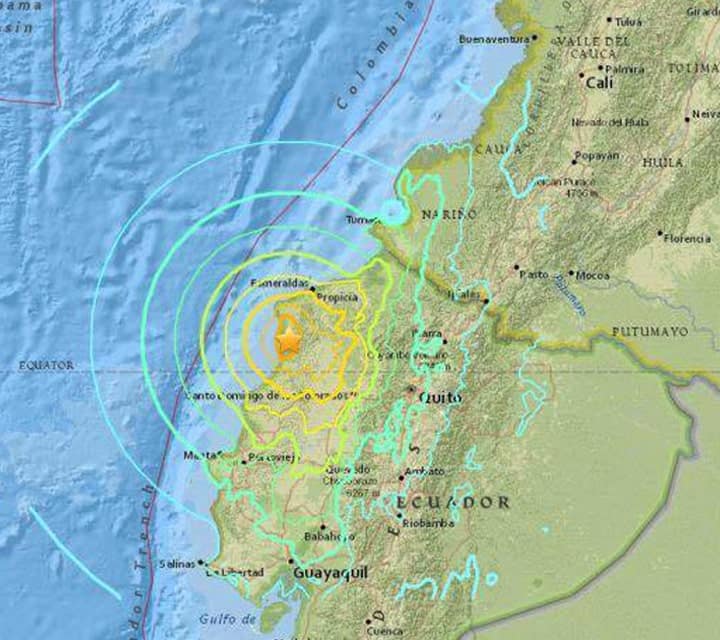 Monitoring the hotels, excursion destinations and roads our passenger typically visit in the mainland--including Quito, the Otavalo highlands, the Amazon, Cuenca and even hotels in Guayaquil--none have been affected or closed, with only minor damage reported. Therefore those passengers intending to travel with Quasar to the Galapagos, or in mainland Ecuador, should see little to no interruption of their Ecuador travel plans.

This was the strongest earthquake in Ecuador to hit Ecuador in decades. Aftershocks, mostly in the 4.8 range, continue centered around the coast north of Bahia. The north coast region of Ecuador has been very hard hit. Many structures in this region are built using construction materials and techniques that make them vulnerable to earthquakes. The main focus of efforts in the region is to locate and rescue survivors.

The other way you can help is simply by telling your friends, family and associates that the Galapagos and most of Ecuador was largely unaffected by the quake and is open for business. While the effects of a large quake are devastating, those effects are unnecessarily extended when travelers decide to stay away from a destination based on incorrect assumptions they pick up in the media. Our cruises that began on the same day the quake struck went off without a hitch and all our passengers returning from the Galapagos made it back to their homes with little or no delay. 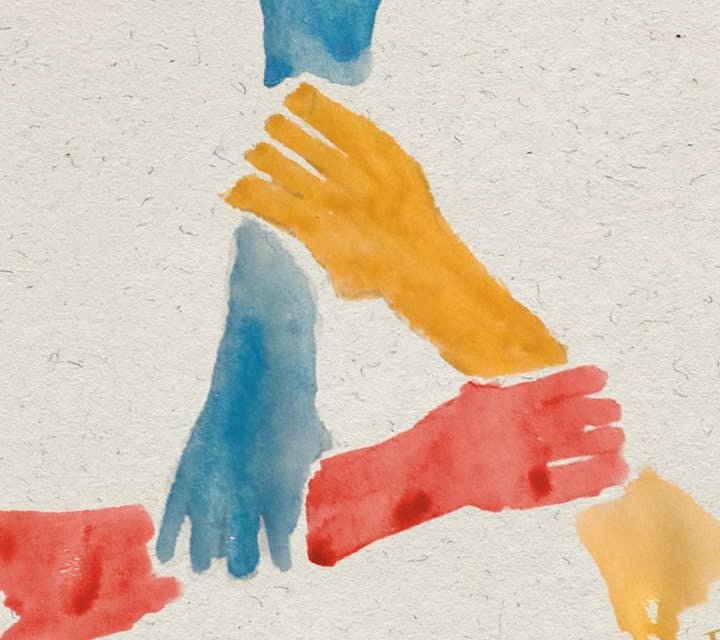 All the hotels and airports we use remain open, as are the roads to the destinations we visit. So please spread the word that, despite the north coast being very hard hit by the quake, Ecuador and the Galapagos are doing well and ready to host visitors. One can help Ecuador simply by visiting and enjoying this amazing country. In fact, if you didn't have a chance to experience the wonders of the Ecuadorian mainland when you spent time with us in the Galapagos, consider doing so this summer. We invite you to visit places including the Otavalo Hacienda Highlands, Hummingbird Cloud Forests, the Ecuadorian Amazon, the Spanish colonial town of Cuenca near dramatic El Cajas national park, or the world's first UNESCO World Heritage Site: Colonial Quito...or simply have some real R&R at Papallacta Hot Springs and Spa.

Quasar intends to issue a list of relief organizations that donors may contribute to in assisting with Earthquake relief in Ecuador below.

Donate to help with the Earthquake in Ecuador:

1 - You can donate to the International Federation of Red Cross and Red Crescent Societies who have operations on-going in Ecuador, through their website - www.ifrc.org. 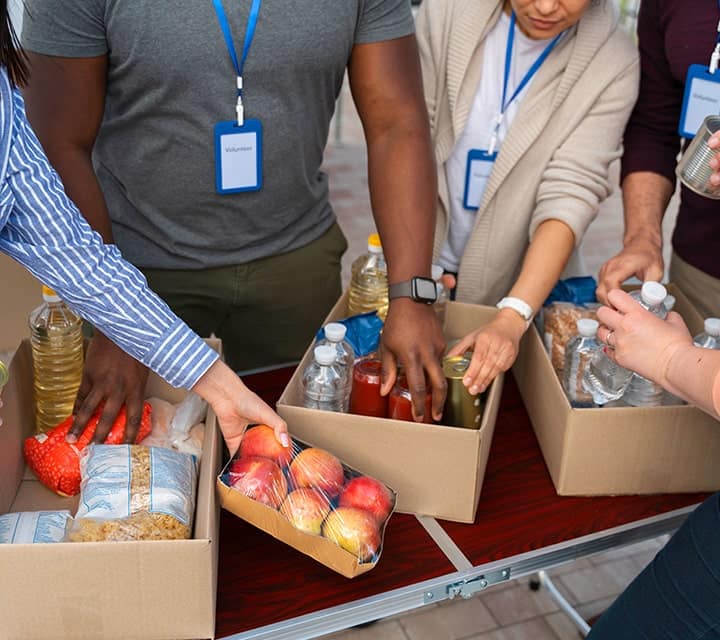 4/22/2016 - As we speak, there is a convoy (from Quasar Expeditions) that is headed to Flavio Alfaro (a small town on the coast) which should be arriving any time now. There has been a lot of ‘attention' to the bigger towns of the coast like Pedernales, Manta, Bahia, etc., but we wanted to focus on the smaller towns. The convoy was organized by the Quasar Expeditions' team and includes:

5/18/2016 - Fortunately, last nights quake aftershock was not severe. There was minimal damage close to the epicenter (in the coast of Ecuador), but other than that, it was nowhere near what happened a couple of weeks ago.

Everything is working normally and nothing will be affected by last nights small earthquake in Ecuador (both in mainland Ecuador and Galapagos).